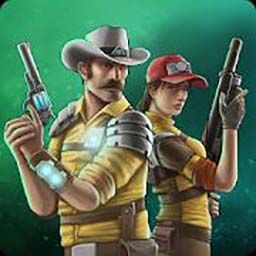 Android IOS
* For reference, Space Marshals 2 game websites are all approved, there are no viruses and malware.

-20 missions that offer rewards based on performance.

-A wide variety of weapons and equipment. 70+ different weapons.

-Multiple camps going head-to-head or against each other

Choose your approach carefully. Some say rushing into a hail of bullets is not a good idea. Distract the enemy's attention and take them out one by one.

Take advantage of the environment. Dodge attacks by taking cover. Flank the enemy for increased effectiveness, but prevent flanking yourself!

Choosing an assembly is a key part of tactics. In addition to body armor and grenades, you can bring a two-handed weapon and a one-handed weapon - there's something for everyone.

Space Marshals 2 game is a collection of sneaking, fighting and adventure combat shooting game, the game players are a space police, you take the weapon mandatory, start your criminal arrest road, and the galaxy of criminals fighting, dodge attacks, shoot criminals, three-dimensional realistic surroundings, like you can join Space Marshals 2 game experience!