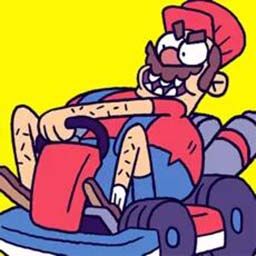 Android IOS
* For reference, LoL Kart game websites are all approved, there are no viruses and malware.

- Challenge the best racers from around the world

- Master every corner and push the limits

1. Win races and open new karts in a variety of shades and stylistic designs.

2.Add your favorite type of pedal to your track.

3.Push the gods and send gods to each other with your enemies.

4.hit your opponents, squeeze out of the track, win the race and become the champion.

lol kart game is a very fun hand game and a variety of game props, as long as you are the last to the end is the winner, players can drive karts and other players to collide, there is a rich variety of karts can be used for free.